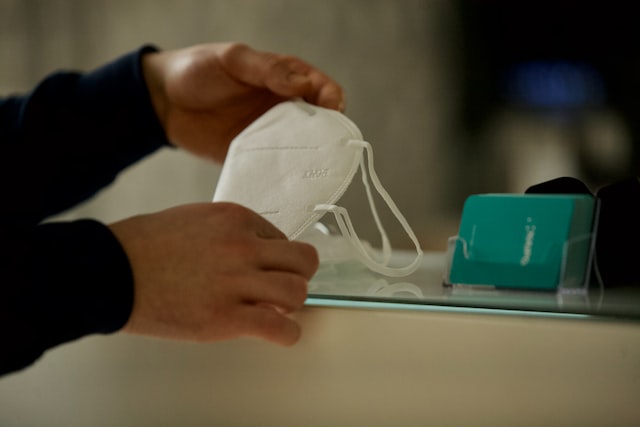 Despite relatively low case numbers, there are reportedly about 200 lockdowns across the country

Waves of outrage and frustration over China’s lockdown measures this week have demonstrated widening cracks in the general compliance with the government’s zero-Covid policy.

Rising anger has been driven by the tragic death of a toddler, and highly public problematic lockdowns in the Henan capital, Zhengzhou. Officials were left scrambling to control the narrative, amid swirling rumours of imminent policy shifts and a former government health expert saying on Friday that “substantive changes will happen soon”.

Chinese authorities have been trying to contain sporadic outbreaks across the country by using the same strict response measures that had been so successful early in the pandemic. But the more transmissible new variants have challenged those measures, resulting in sudden lockdowns and travel shutdowns causing major social and economic disruption.

Amid growing discontent, rumours circulated this week that a change to the zero-Covid policy was imminent. The unsourced and unverified claim was seized upon by investors strongly enough to cause a $450bn rally in the MSCI China Index, Bloomberg reported .

Markets again rallied on Friday after remarks by a former Centre for Disease Control chief epidemiologist, Zeng Guang, in a conference hosted by Citi on Friday. He said the conditions for China opening up were “accumulating” and many new policies would be introduced in the next five to six months, Reuters reported . Zeng, who has previously spoken out against overly strict Covid measures, did not source his claims.

Chinese pandemic health officials are scheduled to hold a press conference on Saturday.

On Friday, China reported its highest daily case number of Covid since May, but the 3,871 infections were well shy of the tens of thousands recorded each day during Shanghai’s lockdown. Despite the relatively low numbers, there are reportedly about 200 lockdowns across China, with the harshest and longest in highly securitised regions such as Xinjiang and Tibet.

Frustration has occasionally become public, with sporadic protests and cautious online criticism , but this week appeared to take things up a notch.

On Tuesday, the death of a three-year-old boy from carbon monoxide poisoning in Lanzhou sparked heartbreak and anger across the country. His father blamed the Covid policies for “indirectly killing” his son, with local authorities’ unflinching adherence to lockdown rules delaying their access to emergency medical care.

Residents took to the streets in anger and were met with riot police, according to online videos. “Ask your leader to come here and tell us what happened today,” one woman reportedly shouted at officials.

The boy’s father claimed later he was offered but refused money to not seek accountability from authorities. His posts were censored by Wednesday, as were hashtags and posts grieving the death of a boy who had known nothing but the pandemic during his short life.

On Thursday, authorities issued an apology, vowing to “seriously deal with” the officials and workers who had blocked the swift access to care.

“We have learned a painful lesson from this incident … and will put people and their lives first in our work in the future,” they said, in a pledge similar to those given before, after numerous other fatalities linked to overzealous adherence to zero-Covid rules.

In Zhengzhou, a city of about 12 million people that had been subject to varying lockdowns and restrictions for almost a month, private online WeChat circles also talked of cases of care denied, of unreported suicides, and other “secondary disasters”.

Some hoarded food, with many suspicious of why they were being treated so strictly for an outbreak that saw just between 20 and 30 cases most days.

“All I can tell you is that the community [management] told us people could only enter but not leave,” one guard was heard telling residents inside a newly locked-down Zhengzhou estate.

“Where is your document proof from the national government that you can do this to us?” one resident yelled back.

On Tuesday, the government suddenly announced the easing of restrictions for low-risk communities, but residents accused them of “performative lockdown lifting” in response to the arrival of a state media crew. Those posts were also restricted online.

Meanwhile, the fate of hundreds of thousands of workers inside Foxconn’s largest iPhone factory held national and global attention all week.

After weeks of living and working in a “closed loop” system , and complaints of poor living conditions, hundreds of workers dramatically escaped over the Zhengzhou facility’s fences to walk up to hundreds of miles home. There was a largely sympathetic response from the general public, some of whom left water and food by the roadside for those on the long walk home.

In some cities, authorities drew up plans to receive the workers but in other places online videos appeared to show white-suited police blocking roads into at least one town. Foxconn offered increasing bonus offers to workers to stay, but still they left. On Wednesday, authorities announced a seven-day lockdown of the area surrounding the factory, barring anyone leaving home and suspending transport.

On Wednesday, the national health commission reiterated the country’s commitment to zero-Covid in a press statement. The commission had stressed that local governments must contain outbreaks with “the minimum scale affected, and the shortest time and lowest cost possible”. State media described the order as “a bid to correct mistakes from overly strict measures that have caused damage to people’s properties and lives”.

The calibrations sounded good “in principle”, wrote the China analyst Bill Bishop on Friday, but were unlikely to have a real-world effect. At last month’s party congress, Xi Jinping had praised the zero-Covid policy, and officials face harsh punishment for failures.

“The political incentives for local officials are still skewed to preventing an outbreak in their jurisdiction at all costs,” said Bishop.